I would best describe my music as "chill beats". My earlier releases are very much in the lofi hip hop space, and rely heavily on samples, but lately I have been creating more electronic/downtempo leaning tracks using only original compositions.

My goal is to always evolve my sound into something fresh and different but I feel like the term "chill beats" is a good categorization of what I create as I always release music I find relaxing and there are usually drums involved.

I had a folder of "ambient beats" (as I called them back in 2018) that was only listened to by me, my parents, and my girlfriend (now wife). One of my friends at school showed me the bootleg boy youtube mix titled "no sleep" and I was like "wow, these sound like the ambient beats I have been making".

Up until this point I had no idea that anyone would even have interest in listening to instrumental beats. So I decided to release what I felt were my 6 best beats as an EP, this is the "welcome to my mind ep" that is still up on my Spotify.

I needed an artist name so I started thinking of what my music sounded like (as I wanted the name to sound how the music sounded), and I was thinking along the lines of something to do with coffee, and cold brew is one of my favorite coffee beverages, make it lowercase, put the words together and you get "coldbrew".

I loved how it was an even number of letters, and how the d and b lined up perfectly. Just looked very nice to me, so I ran with it.

This was quite a long process. I have been playing music since I could walk. I recorded and played all the instruments on two full-length singer songwriter albums when I was in high school (they are not very good, but I spent around 6 months writing and composing each record).

I wrote my first song when I was around the age of 9 and was heavily inspired by my uncle who was a touring singer songwriter. My parents were extremely supportive, taking me to my bar gigs in my mid-late teens, listening to all my demos, and constantly helping me reach my next goal.

Part of this journey to discover my sound was when I learned to play drums around the age of 14. I started filming myself playing along to my favorite songs and uploading these drum covers to YouTube. My goal was to do 1 upload every week. During this time I really learned my love for rhythm and drums, how just changing one aspect of a drum pattern can change the entire feel of a song.

Fast forward to 18 I began producing dubstep music as I got really into EDM, Trap & Dubstep around this time. I spent around 1 year pursuing a career as a dubstep DJ/producer and I would say during this time I learned the most about production.

You are kind of forced to when each song has a hundred or so layers going on. I was also attending the Academy of Contemporary Music in Oklahoma City at this time taking courses such as the physics of sound, Ableton classes, and music theory classes. My sound is really just a culmination of my tastes and all the sounds that I like and the sounds I like making.

What is one thing every song must have for it to be solid?

It just has to feel right. There is no one thing or element that makes this happen. Usually it is when you start to layer things that you finally hear it coming together. For the track to be solid you just have to believe in it and truly feel it. It just feels right when it's right.

What music did you listen to when you were a kid?

My parents and my dad in particular listened to a broad range of music, from Jack White, Moby, Carrie Underwood & Louis Armstrong. The only genre that wasn't on constant rotation in our house was Hip Hop and Metalcore.

As far as what I listened to during my teenage years (because let's be real before you're a teenager you just listen to what your parents listen to), I listened to a lot of Hip Hop and Metalcore haha how about that, the two genres my parents didn't much care for became my favorite.

Some particular albums that I kept on loop as a teen would have to be Stand Up and Scream by Asking Alexandria, Of Mice & Men by Of Mice & Men, Goblin by Tyler, The Creator, Feel Something by Movements, and Doris by Earl Sweatshirt to a name a couple.

What do you feel is the best song you’ve ever released and why?

My favorite track I have made at the moment has to be "mohair sweater 2.0" which is releasing on January 28th. My favorite track of mine changes on a daily basis but I am the most excited about the songs that are being released throughout 2022.

What are your immediate music career goals? (Next 1-3 years)

My biggest goal right now is to grow more of a fanbase. Being in the instrumental music scene my songs don't have a voice, quite literally, so it is hard to capture the listeners attention enough for them to want to find out about me. I would love to just be able to sell 100 vinyls. Having a successful vinyl release is a dream of mine that I hope to achieve one day.

Additionally, I really want to get one of my tracks placed in a major movie or TV show. I just think it would be so cool to watch a movie and hear one of my songs playing.

Is there a hidden meaning in any of your music?

All of my music has a meaning, I try to use the track titles to best convey that meaning to the listener. But some specific songs that have a "hidden" meaning to them would have to be my most recent track "submerge" which was named not only because it sounds like submerging underwater but is also named after one of my favorite songs by the band movements.

Another track of mine I can think of with a hidden meaning is "Iris", I named this song Iris because it made me feel the same inside as the song Iris by The Goo Goo Dolls, which is one of my favorite songs of all time.

What song best represents you, or your attitude to life?

My song "4 square" I think best represents my personality. I am a pretty go with the flow dude and I feel the simplicity and carefree nature of that song represents me well.

What fictional character do you identify with the most and why?

I think that I probably identify with Eric Forman from that 70s show the most. I am kinda nerdy, but also enjoy the daily use of marijuana.

How does Playlist Push fit into your marketing strategy for a new release?

Playlist Push plays a massive part in my marketing strategy. It is really the biggest way that I get my music out there. Being an independent artist, user curated playlists account for around 30% of my overall streams and playlists are the most common place people find my music.

I ran 3-4 campaigns within the span of a couple months (my first couple months releasing music as coldbrew) and around the time of the 4th campaign I got an email from Chill Nation. They wanted to release a song with me, thus my first single song record deal was born. How did they find me? They heard one of my songs in one of the playlists that was part of the Playlist Push network. The in-direct effects of using Playlist Push are just as valuable as the direct effects.

Around a year later in my career I got approached by Atlantic Records for a single song deal, they also found me on a user curated Spotify playlist which was without a doubt an in-direct effect from a Playlist Push campaign. Along with being added to playlists in your genre (with active listeners not just followers), the boost in algorithmic plays from Spotify's algorithmic playlists, and the in-direct effects that come from thousands of people hearing your music.

Playlist Push has been the stepping stone for an independent artist like me to make a living. I also want to clarify that you can't just send your song in Playlist Push and get guaranteed anything, curators have to like the song to add it. Which I love. You don't want to be in playlists where people are just adding anything that is sent to them, you want to be in playlists that are carefully curated to specific moods.

Did you use any other marketing services before Playlist Push?

Playlist Push was the first marketing service I used for coldbrew (and by far the best one). However before I was coldbrew I used multiple different "marketing" services for my dubstep alias and all of them guaranteed plays, streams, follows, you name it, and that taught me a very important lesson, anytime a service offers guaranteed anything it's fake.

Real services can't guarantee any kind of results because no one can possibly know how other people will like your songs, so much in music and art relies on personal taste and with personal taste will come varied results. The track you might think is your best ever might be hated by everyone and a song you felt so-so about may become your next hit.

Long story short is no one knows how your song will perform so all you can do is believe in your sound and try to get it to as many ears as possible. 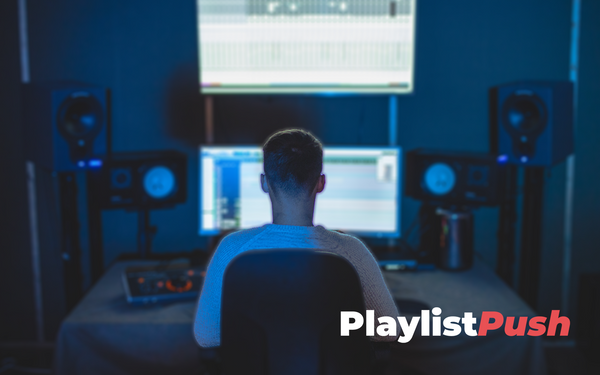 The Situation:You’ve finished writing, recording, mixing and mastering your latest single(s) and have sat on the recording for a number of weeks, determining that this is the 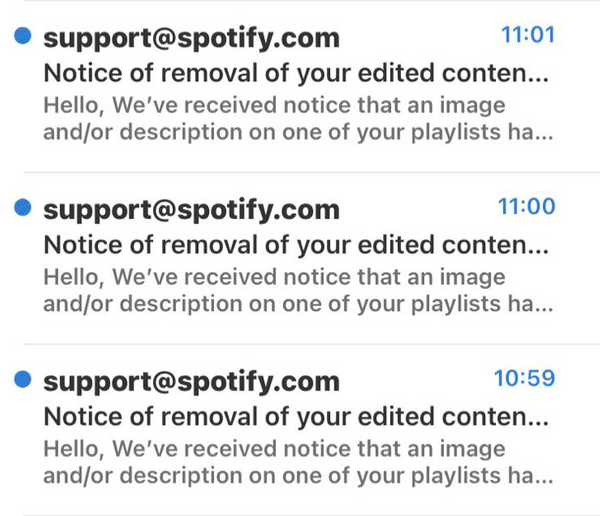 As the Curator Community Manager at Playlist Push, I see this happen all the time. A curator reaches out because they receive a “Notice of removal of your edited content”