One of the hardest parts of the streaming era is knowing exactly how much money you get from your streams. It can even more difficult when you have multiple artists, splits or a label/distribution deal. It's easy to guess, but payouts from streams can vary on a wide scale. At Playlist Push, we created the most accurate stream calculator including splits that uses machine learning to help you get the most specific number for your streams possible. Our calculator is updated each week to help you better manage and predict your earnings per stream. Take advantage of the best royalty calculator out there.

Whether you are a producer, label, or distributor, knowing what earnings you have coming in via streaming income is crucial. When you are working with or as multiple writers, you  must accurately sort your payment details and splits...and track them.

The Rise of the Streaming Economy

There’s no secret that it is becoming easier for artists to generate a living from Spotify. Our service, Playlist Push, sees more and more artists recoup their investment in promotion. Knowing how much you get paid for your streams is very important, especially when putting together budgets for production and promotional efforts. Below are a few key points you need to know about Spotify streams.

Spotify is by far the most important streaming service for new artists because the platform is a conduit for new music discovery and attaining a global fanbase. With features like Release Radar and other algorithm based playlists, there is plenty of digital real estate for new artists to cash in on.

2) Why do payouts for Spotify streams vary?

3. Are the plays coming from lower GDP countries that are paying less for Spotify premium? For example Indonesia and Mexico pay much less per stream compared to countries like Sweden and The Netherlands.If the streams are coming from free accounts, how many ads are being sold against those free accounts? For example, streams in December (peak shopping season) would pay more than streams in February.

3) Why does the "per stream rate" for Spotify seem lower than other similar services?

You may have seen charts like this where other services seem to payout more per stream than Spotify. Not so fast, as there are a few key factors that are not accounted for and charts like these can be very misleading.

While some services may payout more, Spotify has a much larger audience of listeners. It is much easier to get 10,000 streams on Spotify than it is on Tidal.

Spotify has higher streams per listener in comparison to all of these services. There are more people using Spotify, therefore an average Spotify user could contribute 10 hours of streaming per week, and a Tidal user only 2 hours.

Spotify also has a more global audience than other services. They are in countries that have fast growing GDP's like India that make it exciting for new artists to branch out to new territories. More countries to hear your music equals more potential streams for your music.

Freemium or ad-supported tier...not all services have a free version of their platform. Spotify does, so their payout per play can seem lower because those streams are coming from free accounts and are based off of ad-supported revenue. How cool is it that even people who can't afford to pay for a streaming service can still support your art and contribute to your growth?

Playlist Push campaigns have a long tail with steady carry-over that can keep you consistently growing and achieving new audiences for the long haul. It is not uncommon for our clients to ascend over 1,000,000 streams on songs with properly run campaigns, regardless of label, or publishing. Apply below today and let’s get you to your first million streams and beyond. 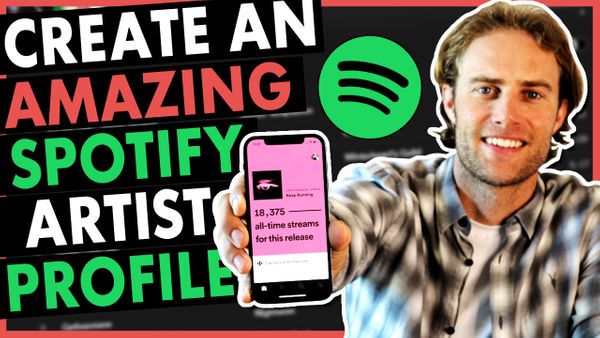 Having a correct and intriguing artist profile on Spotify is crucial when it comes to not only gaining new fans and listeners, but keeping them interested in your music! We

Understanding the TikTok algorithm and how to take advantage of it is the key to getting your music to gain momentum on the app. We’ve already written an in-depth