There’s a reason why Kanye West’s exclusive album drop on the Stem Player earned him over 1.3 million dollars in 24 hours (much more than he would’ve made releasing it through DSPs). It’s not because Donda 2 is the greatest album but because the Stem Player provides much more value than the album alone.

When it comes to promoting or advertising anything, you have to make sure you’re providing the most value possible. There’s a parallel here between Kanye’s Stem Player and Running Ads to a playlist you’ve curated. In this article, I will go over why you, as an independent artist, shouldn’t run ads to your single and the many benefits of running ads instead to a playlist you’ve curated.

Why not to run ads to your single on Spotify

Advertising only works if you are showing people a good product. It is very hard, if not impossible, for an artist with little to no traction to run successful Facebook and Instagram ads because you don’t yet have a fanbase. Additionally, you should consider that not all Facebook users are Spotify users. By some reports, it is estimated that only about 50% of facebook users are on Spotify and only 25% are paid subscribers with unrestricted access to Spotify.

If a free Spotify user clicks on your ad and opens your song in Spotify, they are presented an ad and in some cases multiple songs before they are able to stream your song. If someone clicks on your ad and does not have a Spotify account they will be sent to a webpage where they can download the app. In either scenario, this counts as a click to your ad and gains you 0 streams and 0 new fans.

Fans want to be able to connect to a musician and ads aren’t the way to go for a variety of reasons.

Ever wonder why none of your favorite artists have mentioned Facebook ads as key to their success? Or why Youtubers that claim Facebook ads are the way to go have such low Spotify monthly listeners once they stop running ads? The goal of running ads for your music should be to find fans that will listen more than once and tell their friends about your music.

Unfortunately ads aren’t a way to gain new fans, and they often lead to more harm than good. When the wrong people click on the ad, start listening to your song and then skip it, this sends bad signals to Spotify and is not good for the algorithm.

Lastly, another thing to consider is that the people you’re advertising to likely don’t know who you are. Ads work best for an established artist that has a full length project or live show to promote. If you’re investing a lot of money into ads that are going to people that aren’t interested in you, you're burning money every single day.

Why you should build playlists and run ads for those

When it comes to promoting playlists, it is easier to hook the audience as you’re offering up much more value than a single. If you have a playlist titled “Venice Beach vibes”  to an audience that’s familiar with the beach and the vibes - you have a much higher chance of converting the person that saw your ad into a playlist follower.

The power move for an artist would be to plug the playlists with 1-5 of your songs (depending on the length of the playlist) and mix these in with artists that are similar to you and that you want to be associated with. The person that clicked on the ad is far more likely to follow the playlist if they see artists they already know in the playlist. This is also excellent for building data on Spotify so their algorithm can take over and get your track out to the people that would enjoy it.

Spotify does not provide detailed data to artists about where a person that streamed your song found it. This can make it very hard to measure the effectiveness of your ad as the streams could be coming from other sources. It’s much easier to measure the effectiveness of an ad campaign for a playlist. Each day you’ll see an incremental gain in followers and eventually, the followers will be coming from both the Ads and SEO which will increase the speed your playlist gains followers.

Lastly, another benefit of running ads to your playlist instead of your song is that once you reach 1,000 followers you will be eligible to become a curator on Playlist Push, monetize your playlist, and put those funds back into your music career. 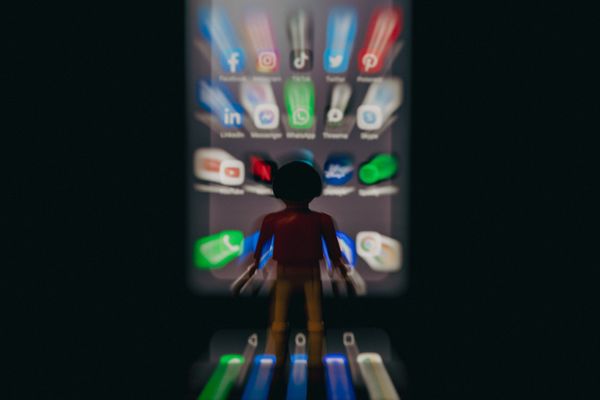 You’ve probably heard of musicians promoting songs on TikTok, but TikTok has proven itself a great promotion platform for almost every product. From music to local experiences and even

What’s the most costly mistake we see artists make? Taking their foot off the gas pedal too soon. It’s simple. Artists far too often stop all promotion at