There is no doubt fake Spotify playlists have the potential to ruin an artist’s chances of succeeding on the platform. Earlier this year, Spotify removed over half a million songs released through Distrokid that were added to fake playlists and received artificial streams. At Playlist Push this comes as no surprise, we have been fighting and weeding out fake/botted playlists since late 2018.

Every playlist that applies to our network is scanned by an algorithm and manually verified by a human to determine if the playlist has real listeners. In this article I will share easy methods to quickly determine if a playlist is fake or suspicious which requires no software or algorithms to detect.

If you see profile followers that look like this on any sized account, it is more than likely a bot playlist.

On the flip side, when it comes to larger playlists it is also unlikely that a playlist with 20k-40k followers would have 0-100 profile followers.

Some key things to look out for on these playlists are:

Profile Photo - Very unlikely a playlist could grow to that size without a captivating image or branding.

Number of Tracks- Anything under 40 is suspicious. Most fake playlists have a very low track count and maintain a mainstream collection of songs.

Artists In The Playlist- If all the artists are smaller and undiscovered and the curator has no existing platform this is a red flag.

Step 2: Check the artist profiles of the artists in the playlists

Checking the artist profiles of the artists in the playlist is great for two reasons.

First being you can see if this playlist is in their top 5 “Discovered On” playlists. If it is, you can look at how it compares to other playlists in the “Discovered On” list. If there are playlists above it that have significantly fewer followers, that’s a red flag and means the playlist isn’t generating the listeners that it should be.

The second reason to check artist profiles is because the “Discovered On” section will also show you the other playlists the artist is in. Bot playlists are notorious for having vague or non-interesting titles. This opens them up to be able to exploit more artists spanning a wider variety of genres. Many  of these playlists have titles like - “Top 40 hits”, “Top Songs”, “Best Songs”, and “Top Unknown Musicians”.

Step 3: If you’re in contact with a playlist curator, ask how they grow their playlists

Playlists grown by follow and submission gates or other inauthentic means will often have a lot of followers, inflating the sense of value for the playlist, but these followers will be drastically more inactive than a regular playlist.

The number of followers on a playlist then becomes much less important than the number of average monthly listeners.

Remember the number of followers a playlist has effectively means nothing. The most important metric is monthly listeners or real streams.

The general rule of thumb is that if it sounds too good to be true, it probably is.

There are countless websites out there that promise to get you a specific amount of plays for a specific dollar amount. Not only is this against Spotify’s Terms of Service, but if the followers were real it would be very difficult to predict their listening habits and charge based on that. Any service offering this will, without a doubt, compromise your Spotify Artist account.

Fake playlisting companies will usually have one or a few of the following traits:

-No real human or contactable person behind the website.

-Generally a lower quality feel and look to the website/process.

-Extremely low price points, anything under $50 is not real. No promotion company could operate at this price point unless they are using bots.

-Someone adding your song to a playlist then asking for a donation to stay on that list.

That’s great but how does Playlist Push prevent bots and fake streams:

In addition to the methods outlined above, we use KYC (Know Your Customer) technology to prove the identity of each curator. The best way to prevent fraud is to know who the person is running the list. We pull in historical data of the playlist and know when it was created. We can also see any sudden change in following or content over time.

Want to promote your song on Spotify? Apply for a campaign here. 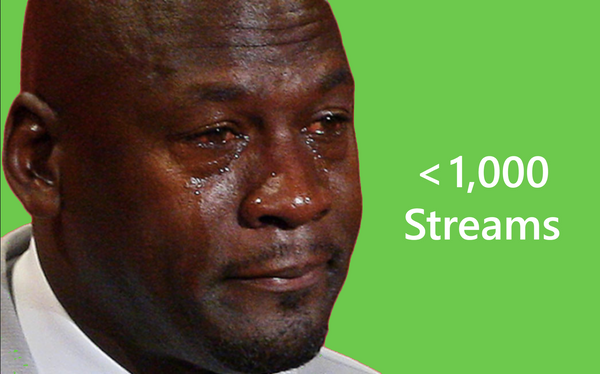 Getting your first song on Spotify is both exciting and nerve-wracking. You get your friends and family to stream it, send out a few tweets, you even made a cool 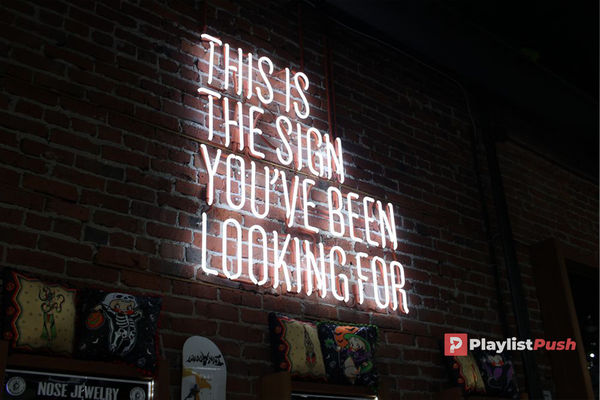 It’s been a lonely trudge since the first lockdowns of March 2020. But as we turn the corner into 2021, the encouraging news is that as catastrophic as COVID-19